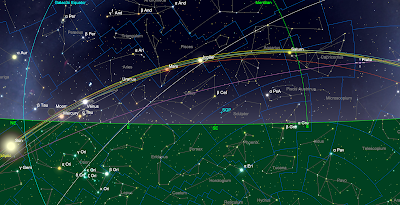 Over the course of the entire month, it was either too cloudy, rainy, or hazy to see the stars. Today, I finally got to see the grand planetary alignment. It was early in this morning about 4:30, and I do not have a camera sensitive enough to see it, but here is a screenshot from the software called Sky Safari 6 Pro.

The visible naked-eye planets were Venus, Mars, Jupiter and Saturn. The planets that require a telescope were Mercury, and Uranus. Pluto as a planet is a touchy subject for many, and even in this software I had to look it up to show it on screen, but regardless, you'll need the most powerful telescope to see it.

Since it was near morning, the planets were shining, but not as impressive as it would be at night. But it was still really fun to shake things up, and see something that will not be seen again until 2040.